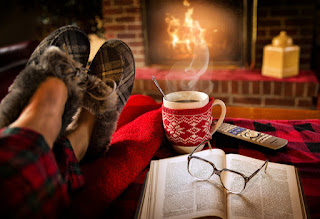 It's that time again, when I provide a quickie overview of the books I read recently but didn't find time to post about. They were all great and deserve to be remembered, recommended, and maybe even reread.

Code Name Helene, by Ariel Lawhon - I read a few reviews from other bloggers and felt this would be good. WWII, set in Marseille and the Dordogne region of France, French resistance - premise great! To be honest, during the first half I was not sure I would love it--the main character, Nancy, was a bit too perfect (beautiful, brilliant, brave, etc) but I was totally engrossed in the second half and couldn't put it down. Then, I read the afterword and learned that it was based on a real person who did all these extraordinary things.

The Book Woman of Troublesome Creek, by Kim Michele Richardson - this was a audio book for me, and given the amount of dialect, I was glad to listen instead of read. It was another fascinating story--learned about two major things--the WPA's Pack Horse Library Project of Kentucky and the rare blue-skinned people of which the main character, Cussy Carter, is one of the last. At times, I wished that the story was about one of these fascinating things instead of both as they seemed to compete with each for theme, but still a good book.

The Secret Adversary, by Agatha Christie - last year was the 100th anniversary of the publication of the first Agatha Christie mystery, so I decided to read them all in order. This was the second book and the first featuring Tommy and Tuppence. I hadn't met Tommy Beresford and Prudence (aka Tuppence) Cowley before, but I fell in love with them and look forward to spending more time with them. It was a great mystery with a bit of WWI thrown in, some wonderful red herrings, and a great deal of fun.

All the Devils Are Here, by Louise Penny - the latest in the Armand Gamache series. Mostly set in Paris, which I completely loved, and a first rate story. Actually I think this is one of the best in the series. Much as I like visiting Three Pines, Quebec, visiting Paris with the Gamache family was wonderful. I especially liked the opening scene at the Rodin Museum garden, which was one of my absolutely favorite spots when we visited Paris in 2018.