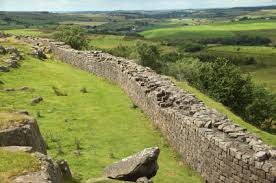 I decided to forgo most reading challenges this year in order to read widely about Northumberland. I'm planning on hiking along Hadrian's Wall later this year and wanted to have the time to read about Roman Britain and life along the English/Scottish border over the past two millennia, fiction and non-fiction, geography, history, politics, romance, mystery, and natural history.

As a starting point, I asked Margaret from BooksPlease if she could recommend some books, as she lives in the area and has posted about her travels as well as books from the area.

She provided me with a wonderful list that she was able to get from a friend, and I thought I would share it here.  There's many more titles than I can get to, so I would love to hear from anyone who can recommend some of these or would steer me away from others.

Rory Stewart: The Marches - A Borderland Journey Between England and Scotland

George MacDonald Fraser - The Steel Bonnets: The Story of the Anglo-Scottish Border Reivers

Hunter Davies, A Walk Along the Wall

Rosemary Sutcliff - Eagle of the Ninth, and others in her Roman Britain series.

Ruth Downie - Medicus, and others in her Roman doctor in first century AD Britain

A.J. Cronin - The Stars Look Down; The Northern Light

Anne Cleeves, Inspector Ramsay books (A Lesson in Dying; Murder in My Backyard; A Day in the Death of Dorothea Cassidy; Killjoy; The Healers; The Babysnatchers)

Lorna Hill, Northern Lights; Castle in Northumbria (actually, all of the Marjorie books) and almost all her pony and ballet books

Henry Treece, Legions of the Eagle

Mary Rhees Mercker, Northumberland Dreaming: A Past Life Remembered (not really a novel)

Kathleen Herbert, "Northumbria" Trilogy: Bride of the Spear; Queen of the Lightning; Ghost in the Sunlight

Amanda Baker, Eleanor and the Dragons of Death (set in Morpeth, children's)

Denis O'Connor, Pawtracks in the Moonlight

Sue Hepworth, But I Told You Last Year I Loved You

Robert Swindells, Brother in the Land (YA, fantasy) 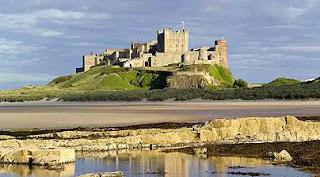