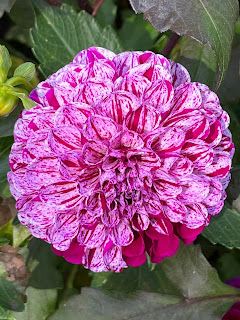 I've been visiting Victoria, BC for a week, starting with the JASNA AGM on September 29 to October 2, and then for a week with my husband.

The JASNA AGM was focused on Sense and Sensibility, and I thought all three general sessions were excellent, and I enjoyed all the breakouts I attended. I picked up two new Austen-related books--on one crime during the Regency (by Susannah Fullerton) and one by Robert Morrison, who did one of the general talks. It was great fun to talk Austen for 3 days, hobnob with Janeite friends, and learn to English country dance (I did one of the workshops--Regency aerobics!).

Here are some photo highlights from the JASNA AGM:

No, I didn't dress Regency but pulled a tried-and-true out of the closet for the first time in years.

The promenade of Regency-clad Janeites headed from the banquet to the ball.

After the AGM, it was on to Butchart Gardens--one of the most beautiful places I've ever been.

Victoria is a wonderful city that caters to walkers, bikers, readers (lots of bookstores), and coffee drinkers. It is truly a city of gardens, with flowers everywhere, even in October!
I've also enjoyed visiting a few other spots on Vancouver Island--Sydney was lovely and we really enjoyed visiting the Shaw Center for the Salish Sea, which is a small aquarium staffed by some of the nicest people on the planet. The Esquimalt Lagoon Bird Sanctuary was wonderful, with a large variety of shore birds as well as sparrows and loads of Brewers blackbirds...and a swan!
The sun has shone every day I've been here, and the weather has been mostly warm with a refreshing cool breeze just when you need it.