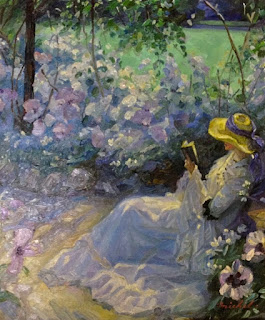 I can hardly believe that I haven't posted in over a month, and I had been doing so good up until April. All I can do is claim the usual -- busy at work, lots of family stuff, trying to get the garden in, yada, yada, yada. But even though I haven't been posting, I have been reading and logged some great books.

The Warmth of Other Suns: The Epic Story of America's Great Migration, by Isabel Wilkerson - I put this book on my TBR list shortly after it came out in 2010, but only got a copy of it last Xmas. It was absolutely wonderful, epic, in fact. I really never knew about the migration of African Americans from the South to the North, Midwest, and West, so this was basic history for me.

Wilkerson did a marvelous job of providing appropriate background, contextual information alongside of the stories of the three people she profiled in detail, Ida Mae Gladney who ended up in Chicago, George Starling who ended up in NYC, and Robert Foster who ended up in LA. At times the narrative read like fiction, but it was all the more poignant knowing that these were real lives, real heartache, real danger, real courage that was being chronicled and preserved.

Wilkerson's latest book, Caste, has been getting a lot of buzz, and I fully intend to read it, hopefully sooner rather than later.

The Dog Master: A Novel of the First Dog, by W. Bruce Cameron - really enjoyed this fictional, imaginative account of how the first wolf became a dog. Set thirty thousand years ago, between ice ages, it's the story of three tribes, the Kindred, the Wolfen, and the Cohorts. At first, I found it a bit forced but surrendered to the willing suspension of disbelief and enjoyed Cameron's characters and how they lived, hunted, loved, married, raised their families, fought, and dreamed. And, of course, I loved the wolves, and the sweet wolf puppy who was the first dog. The novel ends with the narrator asking, "what comes next?" Smells like a sequel to me.

Edge of Eternity, by Ken Follett - this is book three in Follett's 20th century trilogy, and it covers the Cold War and Civil Rights, from the end of WWII to the fall of the Berlin Wall. I love Follett's historical novels--they have everything, history, interrelated, multi-generation family sagas, and a peephole into the room "where it happened."

Acqua Alta, by Donna Leon - I'm rereading Leon's Guido Brunetti series set in Venice, and this was an excellent reread. A bit of archeology, a bit of opera, a bit of the Brunetti family at home, and a lot of navigating the streets and canals of Venice.

La Bella Figura: A Field Guide to the Italian Mind, by Beppe Severgnini - I absolutely loved watching the CNN series with Stanley Tucci eating his way through Italy, and in the Milano episode he spent some time with Beppe Severgnini, who he described as a first-rate commentator on Italian culture. Being a fan of all things Italian, I decided to read something by him. It is a short book and one that I read slowly, just a few pages a night. It's interesting, amusing, tongue-in-cheek some of the time, and quotable much of the time.

The Code Girls: The Untold Story of the American Women Code Breakers Who Helped Win World War II, by Liza Mundy - definitely a 5-star non-fiction book. I loved reading about the women, the various methods of code breaking, what life was like in the US during WWII, and how impactful was the work they did. I think this book would make an excellent mini-series, either as a documentary or as the basis for a fictionalized drama.