Potpourri - What I've Been Reading

It's time once again for Potpourri - a look at what I've been reading but haven't gotten around to blogging about yet. 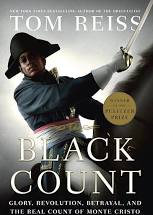 The Black Count: Glory, Revolution, Betrayal, and the Real Count of Monte Cristo, by Tom Reiss - a biography of the father of French novelist Alexandre Dumas. Despite loving the various adaptations of The Three Musketeers, I've never read anything by Dumas and really knew nothing about him before I read this book. In a nutshell, Dumas modeled many of the heroes of his novels on the life of his father, who was a black swashbuckler from Santo Domingo. The illegitimate son of a French count, Alexandre the father emigrated to France as a teenager, joined the army and rose to be a general in the Republican Army, fighting with Napoleon and was imprisoned for several years when he was captured by the Spanish. Not only was this a fascinating life to read about, but I was also very interested to discover that the early years of  the French Revolution were characterized by less racial prejudice than the rest of Europe and definitely the US.

One Good Turn and When Will There Be Good News, by Kate Atkinson - books 2 and 3 in the author's Jackson Brodie series, I listened to both back to back because I just couldn't stop after book 2. Atkinson is one of my favorite authors these days and these are remarkably well-written, thoughtful mysteries. Set in Scotland and northern England, I love the settings, the plot, and the interesting, side characters. I actually think every book in the series gets better, which is really saying something. 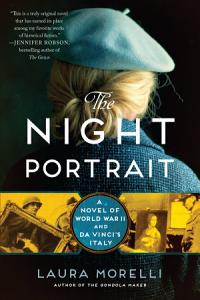 The Night Portrait: A Novel of World War II and da Vinci's Italy, by Laura Morelli - this ticked all the boxes for me -  Nazi confiscation and the Monuments Men recovery of Europe's art during WWII and the fictional backstory of the creation of da Vinci's painting of Portrait of a Lady with an Ermine. Three main characters - Cecilia Gallerani, the subject of the portrait and the Duke of Milan's mistress, Edith, the young German art conservator who is enlisted to procure art masterpieces for Goering and Hitler, and Dominic, an American soldier assigned to help the Monuments Men recover the stolen art after D-Day. The writing is a bit wobbly (the narrator uses too many cliches for my taste) but the story and characters are great.

The Fortunate Ones, by Ed Tarkington - a riff on The Great Gatsby, an interesting story about how a poor boy and his single-parent mother are befriended by the upper echelon in Nashville in the early 21st century. Definitely an interesting story and well-written, and it was fun to track the parallels with Gatsby. 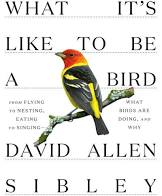 What It's Like to Be a Bird: From Flying to Nesting, Eating to Singing--What Birds are Doing, and Why, by David Allen Sibley - a beautiful oversized hardbound book that my darling son got me for my birthday back in November. I read it slowly - only a page or two a night - but I enjoyed it immensely and intend to keep it handy to dip into whenever the mood strikes. Beautiful illustrations and chock full of interesting facts.