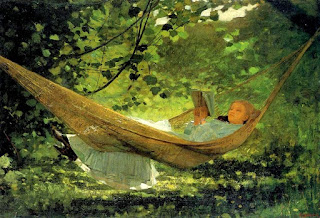 My blogging has gotten very sporadic, so I thought I should catch up on all the wonderful, and so-so, books I've read recently that somehow didn't get their own post.

Tangerine by Christine Mangan - I listened to the audio version and had very mixed feelings. On the one hand, I thought the premise was creative and appealing - a young woman is stalked by her best friend, circa 1950s, after she has married and moved to Morocco. It is a psychological thriller with alternating narratives--the young wife, Alice Shipley, and her college roommate and best friend, Lucy Mason. In the end, I gave it 3 stars and I absolutely hated the ending and found the characters fairly unbelievable.

Remarkable Creatures, by Tracy Chevalier - another audio and a reread for me. Listened to this on a road trip in May and fell in love with this book all over again. About female fossil hunters in Dorset in early 1800s--Mary Anning and her friend, rival, mentor Elizabeth Philpot. Absolutely fascinating, well-written, and compelling.

Romantic Outlaws: The Extraordinary Lives of Mary Wollstonecraft and Her Daughter Mary Shelley, by Charlotte Gordon - 5 stars all the way. Loved this book and learned so much about both of the Marys and their really extraordinary lives and the impact they had on philosophy, art, and feminism.

Me Before You, by Jojo Moyes - I have been wanting to read this for awhile and finally just got the audio from the library and was so caught up in the story that I grabbed an ebook version to read when I couldn't listen. I'm currently listening to the sequel, After You, and loving it just as much.

In the Footsteps of Alexander the Great: A Journey from Greece to Asia, by Michael Wood - a really good history/travel/adventure book about not only Alexander but also Michael Wood as he and his camera crew traced Alexander's campaign from Greece to India. I had read a bio of Alexander decades ago so this was a good refresher as to the man and the world that he conquered. I started watching the TV series that this book was a companion to but didn't care for it as I felt it skimmed the facts and details that I found so interesting in the book.

The American Agent (Maisie Dobbs #15), by Jacqueline Winspear - oh, how I love this series. We are now in 1940 during the London Blitz and Maisie is juggling family issues while trying to solve a murder mystery and stay alive during the bombing. I am so glad that Winspear has slowed down her timeline and we get to see Maisie during various stages of the war.

Kitchens of the Great Midwest, by J. Ryan Stradal - another book that I've been meaning to read for ages. I read mixed reviews of this book, but ended up really liking what others didn't, namely the structure, which takes us through the life of ultra-foodie Eva Thorvald from Minnesota in chapters that are really stand-alone short stories from various points in her life, sometimes told from her pov and sometimes in which she is not much more than a bit player. I was hungry through most of the book, eager to try the recipes, and swept away by Eva's story from babyhood to entrepreneur chef.

Kingbird Highway: The Biggest Year in the Life of an Extreme Birder, by Kenn Kaufman - totally loved this book, spent most of it looking up birds and locations on my ipad while I read, and felt totally nostalgic for the 1970s, when Kenn hitchhiked around the country as a teenager, racking up birds, meeting the birding community royalty, and living life with passion.

I think after reading War and Peace pretty much straight through in the early part of the year, I was eager for shorter books with lots of variation. Now, I am engulfed in another chunkster, Can You Forgive Her?, so I expect my number of books read, versus pages read, to take another nosedive this summer.

Hope you all have a wonderful reading summer!