Thinking about Sisters...The Nightingale and The Blind Assassin 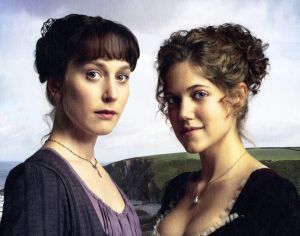 I recently read two books that feature sisters, and I was struck with how closely they followed the pattern established by Jane Austen in Sense and Sensibility in which you have an older pragmatic, mostly sensible sister (Elinor Dashwood) whose passions run deep and silently contrasted with a younger, impulsive, heart-on-her sleeve sister (Marianne Dashwood).

In Margaret Atwood's The Blind Assassin, Iris is the older sister who is pressured into marrying a rich stick and Laura is the younger sister who is Marianne to the core, but never learns the lessons of moderation that Marianne ultimately does learn in S&S.

In Kristin Hannah's most recent novel, The Nightingale, set in WWII France, you have Vianne as the older sister who stays on the farm and compromises virtually everything of value to her in order to keep herself and her child alive during the German occupation.  Her younger sister, Isabelle, like Laura from The Blind Assassin, is Marianne by another name and in another time. Virtually unable to not utter every thought, she falls in love with danger and willingly risks everything in order to live according to her ideals.

Of course, there is more to both books than simply following the S&S sister model but in a way it sort of undercut the freshness of both.  I must say, though, that I enjoyed The Nightingale far more than The Blind Assassin, which thought I well-written, but was a chore to read, probably because it was so bleak and tried so hard to be innovative that there were parts were I literally did not know what was happening and to whom.

Perhaps Hattie Morahan and Charity Wakefield (Elinor and Marianne from my favorite adaptation of S&S) will be cast as Viane and Isabelle in the upcoming film version of The Nightingale.  I must say, it will make a terrific movie.  Kept me on the edge of my seat and moved me to tears in parts.