Mansfield Park - What is the Matter with Fanny? 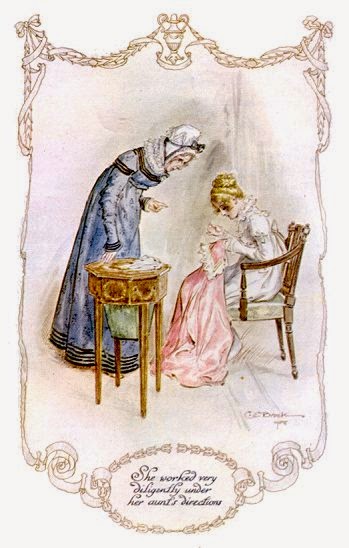 Since 2014 marks the 200th anniversary of the publication of Jane Austen's most controversial novel, Mansfield Park, I decided to reread it.  Of all the novels, I think I've reread it fewer than any of the others, though I'm probably into the double-digits by now with this one as well.

Usually I say that it's my least favorite Austen novel until I'm actually reading it, and then I'm struck by the wit, the structure, the flawless composition, the characterization and deft turns of phrase and then say how much I like it.  This time I listened to a recording, and while it's often noted that Austen's works shine when read aloud, I found that I was less able to appreciate all its positive attributes because I was focusing on how aggravating Fanny, Edmund, and Mary can be.

The reader did a fine job in representing Mary as a heartless flirt and Edmund as a hopeless drip and Fanny as a passive-aggressive whiner, so good a job in fact that I couldn't really enjoy the story all that much. I think my internal reading voice has been cutting all three of them a tremendous amount of slack over the years!

I still found Henry Crawford deliciously, dangerously attractive, and like Mary, I wish that Fanny had accepted him before that nasty Maria could seduce him into throwing his happiness away with both hands.

I'm actually thinking the character I like best in the book is William Price, Fanny's brother.  He and Susan, her sister, have the most spunk of any of the characters.

So what is the problem with Fanny?  My current feeling is that she is too much like those heroines of the 18th century novel--the delicate, fainting, moralizing creatures that Fanny Burney and Maria Edgeworth, et al, wrote about.  They may be good girls but stuff happens to them--they don't make stuff happen.  I think Fanny is in this category and her story is just not all that interesting, despite Austen's tremendous storytelling and writing abilities. 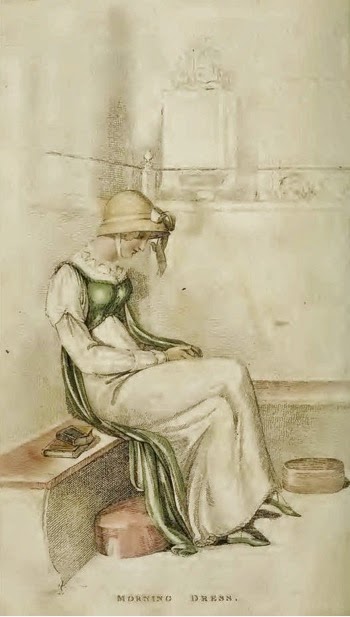 For your reading pleasure, here's a link to a short story in my Austen-inspired collection Intimations of Austen, that I was thinking about whilst reading Mansfield Park again: The Three Sisters

I'm so glad that Emma is the next book whose anniversary we get to celebrate. Now there is a heroine who sets things in motion!
at Friday, April 11, 2014