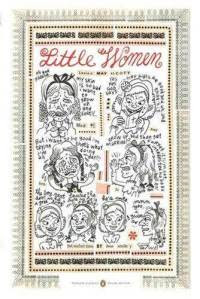 Somehow I never read Little Women as a child and so entered my teen years determined to scorn it for its notorious goody-goody nature. And so the years went by with my scorn for this classic unchecked until recently when I felt the need to experience for myself the world that so many have loved to distraction. I started Little Women as an experiment with the Kindle app on my iphone, reading it whilst waiting at the doctor's office, the hair salon, etc. but soon found myself so caught up in the world of Jo, Amy, Meg, and Beth that I pulled the Penguin Classics version that I won last year down from the shelf and read it for real.

While the goody-goody nature of the book is often cloying, I think the reason for the novel's popularity and longevity lies in the fact that Louisa May Alcott created such a completely intact world that was realistic enough to be inhabitable but whose sharp edges were softened and made comfortable and thoroughly desirable. I have no doubt that if I had read this book as a child, I would have "played" Little Women, fantasized about living within the pages of the novel, become obsessed with it as I did my Anne and Little House books.

Last week on a business trip, I downloaded the 1994 Little Women movie with Winona Ryder as Jo and Susan Sarandon as Marmee. I thoroughly enjoyed it and felt that it captured the spirit of the book as well as all the major plot points, not an easy thing to do with a highly episodic book like this one. I also like how the script incorporated a bit of the Transcentalism that shaped the Alcott household but that is not overtly present in the book itself. 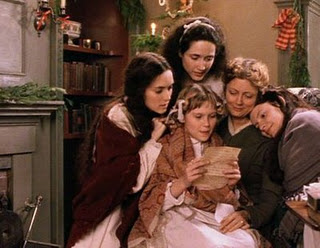 Now that I've finally read Little Women, I was able to read the Little Women chapter in Erin Blakemore's The Heroine's Bookshelf, which explores the trait of ambition and the character Jo. I found Louisa May Alcott's story so sad as compared to the magical world she created in Little Women, but then that is par for the course when it comes to fictional worlds created by beloved authors.

What did I earmark? I didn't want to fold down the corners of the pages of my beautiful copy, so I didn't mark much, but after reading this passage I found a post-it note to mark the page because I thought it so good. Regardless of her motivation as a writer and views of the finished product, Alcott was a talented author, able to balance the pressures of telling a story with speaking out with a strong narrative voice.

..in spite of her [Amy's] American birth and breeding, she possessed that reverence for titles which haunts the best of us,--that unacknowledged loyalty to the early faith in kings which set the most democratic nation under the sun in ferment at the coming of a royal yellow-haired laddie, some years ago, and which still has something to do with the love the young country bears the old,--like that of a big son for an imperious little mother, who held him while she could, and let him go with a farewell scolding when he rebelled.

Ultimately, for me, passages like this are what makes Little Women a classic. Yes, the story of the March girls growing up, shouldering their responsibilities and embracing their roles in society, is inspiring and heart-warming, but LMA's ability to articulate the American experience in all its social contradictions and ambiguity earns Little Women a place on the Classics shelf and reading lists for the future. 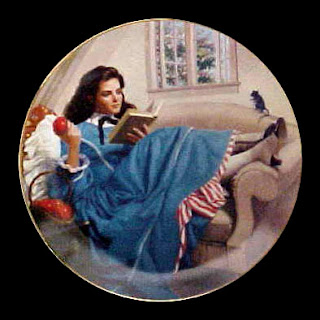