The Umpteenth Reading of Sense and Sensibility 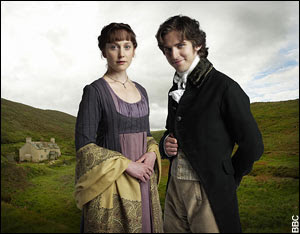 I honestly don't know how many times I've read Sense and Sensibility. I know I first read it after I finished Pride and Prejudice when I was in about 7th grade. I know I read it in a hospital waiting room while my mother had colon surgery 20 years ago. I know I read it at least a couple of times in college--I was an English major and Austen was one of the authors that I was examined on for graduation. Since joining JASNA about 25 years ago, I've read it whenever it was the topic of the AGM. So what is there new to say or think about S&S?

Last time I read it, I remember being struck by how funny it was. It made me laugh out loud in places, and it did this time around again, of course.

I don't remember as many phrases and passages from S&S in the same way that I do from P&P--P&P is like an exquisite polished diamond on which every surface is perfectly honed and completely memorable. S&S is not quite as polished, but I did find some passages that I must've simply skated by every time because they were fascinating and yet I don't remember thinking about them before.

Here's my favorite, from the end of chapter 17, in which Edward is talking with Elinor and Marianne during his short visit to Barton Cottage:

"Marianne is as stedfast as ever, you see," said Elinor, "she is not at all altered."

"She is only grown a little more grave than she was."

"Nay, Edward," said Marianne, "you need not reproach me. You are not very gay yourself."

"Why should you think so!" replied he, with a sigh.

"But gaiety never was a part of my character."

"Nor do I think it a part of Marianne's," said Elinor; "I should hardly call her a lively girl; she is very earnest, very eager in all she does -- sometimes talks a great deal and always with animation -- but she is not often really merry."

"I believe you are right," he replied, "and yet I have always set her down as a lively girl."

"I have frequently detected myself in such kind of mistakes," said Elinor, "in a total misapprehension of character in some point or other: fancying people so much more gay or grave, or ingenious or stupid than they really are, and I can hardly tell why, or in what the deception originated. Sometimes one is guided by what they say of themselves, and very frequently by what other people say of them, without giving oneself time to deliberate and judge."

"But I thought it was right, Elinor," said Marianne, "to be guided wholly by the opinion of other people. I thought our judgments were given us merely to be subservient to those of our neighbours. This has always been your doctrine, I am sure."

"No, Marianne, never. My doctrine has never aimed at the subjection of the understanding. All I have ever attempted to influence has been the behaviour. You must not confound my meaning. I am guilty, I confess, of having often wished you to treat our acquaintance in general with greater attention; but when have I advised you to adopt their sentiments or conform to their judgment in serious matters?"

"You have not been able then to bring your sister over to your plan of general civility," said Edward to Elinor. "Do you gain no ground?"

"Quite the contrary," replied Elinor, looking expressively at Marianne.

"My judgment," he returned, "is all on your side of the question; but I am afraid my practice is much more on your sister's. I never wish to offend, but I am so foolishly shy, that I often seem negligent, when I am only kept back by my natural aukwardness. I have frequently thought that I must have been intended by nature to be fond of low company, I am so little at my ease among strangers of gentility!"

"Marianne has not shyness to excuse any inattention of hers," said Elinor.

"She knows her own worth too well for false shame," replied Edward. "Shyness is only the effect of a sense of inferiority in some way or other. If I could persuade myself that my manners were perfectly easy and graceful, I should not be shy."

"But you would still be reserved," said Marianne, "and that is worse."

"I do not understand you," replied he, colouring. "Reserved! -- how, in what manner? What am I to tell you? What can you suppose?"

Elinor looked surprised at his emotion, but trying to laugh off the subject, she said to him, "Do not you know my sister well enough to understand what she means? Do not you know that she calls every one reserved who does not talk as fast, and admire what she admires as rapturously as herself?"

Edward made no answer. His gravity and thoughtfulness returned on him in their fullest extent -- and he sat for some time silent and dull.

There is so much to talk about in this passage.

First off, I love Edward and Elinor's analysis of Marianne's demeanor. I used to think of her as lively, but E&E are right--she is eager, earnest and animated (at times) but rarely merry, and never frivolous. While I did enjoy the recently published The Three Weissmanns of Westport, I think Cathleen Schine misread Marianne by having her version of the character so shallow. I once heard Marianne described as the most intellectual and truly talented of Austen's heroines, and I agree with this.


"But I thought it was right, Elinor," said Marianne, "to be guided wholly by the opinion of other people. I thought our judgments were given us merely to be subservient to those of our neighbours. This has always been your doctrine, I am sure."

I believe that she is saying that because Elinor observes and respects the conventions of propriety she subsumes all of her opinions to what is conventional; whereas Elinor is insisting in her subsequent statement that her actions and behavior don't necessarily have to reflect her opinions in order for her to retain self-integrity.

The conversation then moves to Edward and I think he provides a key clue to what has baffled readers for 200 years--how on earth did Edward ever end up engaged to Lucy Steele? In talking about his debilitating shyness, he says "I have frequently thought that I must have been intended by nature to be fond of low company, I am so little at my ease among strangers of gentility!" I think Edward ended up engaged to Lucy because her uncle's house was one of the few places where he didn't feel awkward and hence shy. Chances are that sense of ease gave him a sense of relief that must have been intoxicating.

Finally, I find it telling that Marianne finds being shy worse than being reserved. To Marianne, shyness is an affliction, but being reserved is a choice. A reserved person chooses to keep private some part of themselves. In a novel that turns on lies, misrepresentations, and miscommunications, you have to wonder where discretion ends and lying begins. 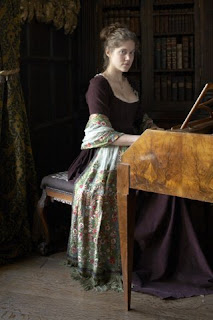