Reading and Playing in January 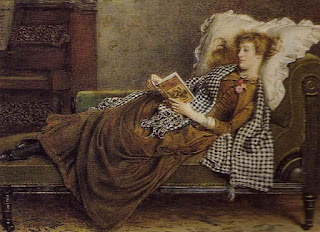 What I've Been Reading...

Lessons in Chemistry, by Bonnie Garmus - this was an audio book that I finished on December 31, and it was an absolute treat. I had read a few reviews and really loved the premise of a female scientist struggling to do her life's work in the pre-feminine mystique 1950s.

I thought the character of Elizabeth Zot was terrific--in fact, she reminded me somewhat of Eleanor Oliphant in that she saw the world through a crystal clear lens without the fog of conventions, norms, and expectations. I absolutely loved her relationship with her dog, Six-Thirty, and his perspective and take on the course of events was both refreshing and insightful and very touching.  I also really loved the cooking show aspect of the novel and Elizabeth's explanations of why certain cooking techniques work. Kind of like an Elton Brown episode of Good Eats!

Not entirely sure why I didn't give this 5 stars on GoodReads instead of 4, but I loved it and would reread it. Actually, I think my stinginess with that 5th star comes from the fact that I was a child in the 1960s and while I wasn't a prodigy in the way daughter Mad was, nor was my mom a scientist trying to make it in a man's world, but I shad a hard time believing that so many of the people Elizabeth and Mad encountered were so rigid and limited in their acceptance of this unconventional mother/daughter pair. Yes, the world was less open for women to work in certain professions 50 years ago and competing for spots in academic programs was tougher, but it was by no means as closed as the author painted it.

Winds of War, by Herman Wouk - this is the first part of a two-part series on WWII, following the lives of a family from 1938 though 1941. I thought it was absolutely compelling, particularly the story of Pug Henry, a navy captain who is assigned first to the German embassy and then war production in Washington, DC, meeting Hitler, FDR, and Stalin along the way. He has a front-row seat during the Blitz in London, the invasion of the Soviet Union by Germany, and Pearl Harbor, and his family and appendages are witnesses to many other key events as the war becomes global. One particularly interesting aspect of the novel was that it included an account of the war from the German perspective as written by one of the characters after the war, and then Pug (again, after the war) provides his commentary on this perspective. The layering and analysis was really masterful and enhanced the story tremendously.

State of Terror, by Hilary Rodham Clinton and Louise Penny - OMG, this was so good! Literally kept me on edge until the very end. Definitely a first-rate thriller. Penny is the consummate storyteller, and Clinton has the inside view of politics, world affairs, and Washington D.C.--definitely a powerhouse combo. I also loved how we got to visit Three Pines near the end of the book, and the main character (Secretary of State Ellen Adams) reads Ruth Zardo!

The Girls on the Shore, by Ann Cleves - this was a short story in Cleves's Matthew Venn series. The premise and writing were both excellent, but I have no idea why this isn't a full-length novel. Maybe it is a tease for a future book, but I was left hanging, not believing the story really had that nice, neat wrap it appeared to.

What I've Been Playing...

Wingspan - my son got this card-based game for Christmas and we've played it a few times as a family. It is super fun, for birders and non-birders, and you get points for laying eggs, procuring food, building nests, etc. It took a round to get comfortable with how the game works and to develop a winning strategy, but I look forward to playing it again on snowy Sunday evenings.

(Disney) Villainess - this is the other board game we've playing while waiting for Spring (aka enduring Winter), and it is also super fun. The version we have is the Disney version, so I naturally gravitated to the Queen of Hearts as my alter ego for the first round, and won!

What I've Been Watching...

All Creatures Great and Small - season 3 is now airing on PBS, but we decided to renew our Sunday night All Creatures ritual and started over with season 1 of the new version. The original series is near and dear to my heart, but I am really enjoying the new version, especially the expanded role for Mrs. Hall (Audrey!) and glimpses of James's former life in Glasgow.

Veronica Mars - my kids have been saying for years how great this series is, so we finally started it. Just finished season 1, which was amazingly good. I really didn't believe I could get so caught up in high-school drama, but the acting is solid and the stories excellent and the character of Veronica is perfect (smart, sassy, and not perfect!).

New Amsterdam - it's been a long time since I watched a doctor/hospital series, so trolling Netflix looking for something to watch before commencing with season 2 of Veronica Mars, I found this. We've watched two episodes of season 1 and am loving it.

Abbot Elementary - watching season 2 as it slowly (I prefer not to wait a week or more between episodes) comes out. Loving all the characters (and loving to hate Ava) set in a poorly-funded public elementary school in Philadelphia.