A Sand County Almanac And Sketches Here and There - Aldo Leopold 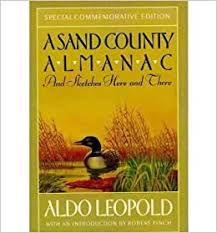 Earlier this year, I read the fabulous Where the Crawdads Sing in which the main character Kya reads and rereads Aldo Leopold's classic A Sand County Almanac. Kya's relationship to this book inspired me to finally get a copy and read it.

The version I read included the main work as well as Sketches Here and There, which are a collection of essays that made Leopold the champion of the conservation movement. Eloquent, passionate, and reasonable, they were a pleasure to read. Were I not already a conservationist, they would be life-changing.

A Sand County Almanac is essentially a journal of a year in Sand County, Wisconsin in the early 20th century. It is full of weather, animals, habitat, and a keen sense of wonder of the natural world. Leopold was a hunter, especially in his youth, and I would have been happier with less hunting and guns, but his respect for the natural world and his ethics related to hunting enabled me to give him a pass.

Actually the part of the book I enjoyed most was part 3, The Upshot, which contained essays on conservation, wilderness, and wildlife in American culture.

I found myself quoting this book a lot on Twitter. Here are the quotes I shared:

"For the last word in procrastination, go travel with a river reluctant to lose his freedom in the sea."

"Man always kills the thing he loves, and so we the pioneers have killed our wilderness. Some say we had to. Be that as it may, I am glad I shall never be young without wild country to be young in."

"To promote perception is the only truly creative part of recreational engineering."

"Recreational development is a job not of building roads into lovely country, but of building receptivity into the still unlovely human mind."

"...the most fun lies in seeing and studying the unknown."

"Recreation is valuable in proportion to the intensity of its experiences, and to the degree to which it differs from and contrasts with workaday life."

"Wilderness is a resource which can shrink but not grow."

And then there are the illustrations, which punctuate the prose and always make me smile in appreciation. 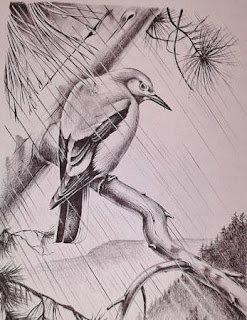 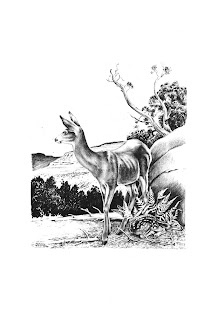 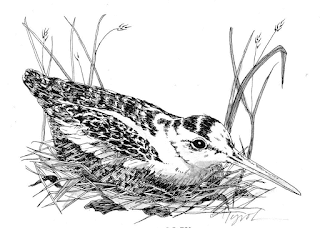 This book qualifies for the 2020 Back to the Classics Challenge in the category, Classic with Nature in the Title.

Email ThisBlogThis!Share to TwitterShare to FacebookShare to Pinterest
Labels: Aldo Leopold, Back to the Classics Challenge, Sand County Almanac