Catching up on posts - classics and not-so-classics 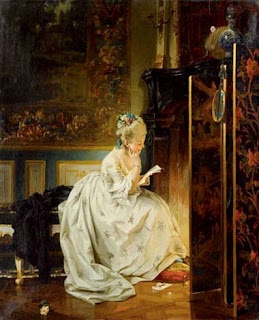 I'm rounding out my Back to the Classics 2019 challenge with two books - bringing me to 11 out of the 12 I committed to. The only category I missed was Classic Tragic Novel--I had picked Mayor of Casterbridge to read, but never could find the spirit to deal with a Hardy tragedy. 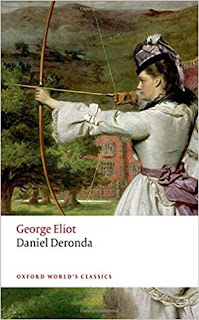 Daniel Deronda, by George Eliot - the last complete novel by George Eliot (Maryann Evans) and one I've been wanting to read for years. Except for Felix Holt, which I tried and failed to read, I've now read all of Eliot's novels. I still consider Middlemarch her masterpiece, but Daniel Deronda was an interesting, multi-faceted novel and it was so enjoyable to spend time with Eliot's narrator, who is kind and gentle and forgiving. Daniel is an orphan, raised by a guardian (Sir Hugo Mallinger), whom everyone assumes is his natural father. The majority of the novel actually focuses on another character, Gwendolen Harleth, a beautiful, spirited young woman, much like Emma Woodhouse at the beginning of Jane Austen's Emma. The novel is about finding not only one's identity but one's moral compass--Daniel's journey is one of finding his parentage and family history and embracing it, but he serves as a conscience for many of the characters and a moral support for virtually all of them. That's a lot for one man to bear, but Daniel does it with grace, beauty, and a generous spirit. Published in 1876, it is contemporary to its time and I found myself looking up political and world issues that provided the setting for the novel. 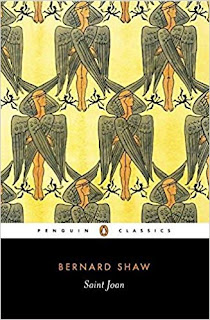 Saint Joan, by George Bernard Shaw - I read this for the Classic Play category. I chose it because I visited Rouen in 2017, and learned a fair amount about Joan D'Arc in the city where she was burned as a witch in in 1431 at age 19. I also chose this play because I was planning to see Mother of the Maid at the Marin Theatre Company in late November and actually finished reading the play on the plane to SFO. I've only read Pygmalion by Shaw, so I was expecting something biting and witty, sharp and memorable. Instead, I found the play terribly dull. Perhaps on stage it would have shone brighter, but the only bright spot was Joan's interactions with the Dauphin. The play premiered in 1923, three years after Joan was canonized by the Catholic Church. I can only think that her elevation to sainthood was the inspiration for the play, but I really didn't find a theme to latch onto. It seemed more of a history lesson than anything else. 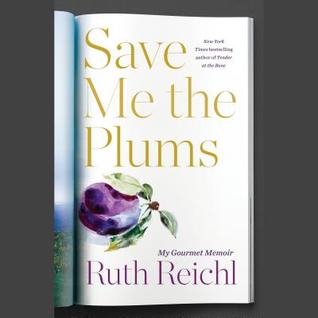 Save Me the Plums, by Ruth Reichl - loved, loved, loved this memoir by the last editor of Gourmet magazine. Well written, compelling, chock-full of anecdotes about notable foodies, New York, Conde Nast, chefs, and restaurants...and recipes. There are a few that I absolutely have to try. Now I'm eager to read some of her other books, notably about her life as a restaurant critic. 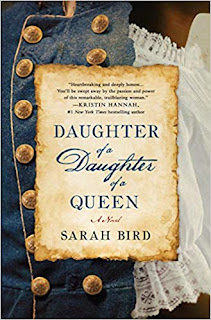 Daughter of a Daughter of a Queen, by Sarah Bird - I really wanted to love this book--absolutely fabulous premise--but the story arc just frustrated me so much I ended up really not liking it at all. The novel is a fictionalized account of a slave woman who became a member of an African-American unit in the U.S. Army after the Civil War. There are virtually no known facts about Cathy Williams and so the author was at liberty to invent a way for her to become a soldier. I actually liked the part that took place during the Civil War--Cathy's journey from slave to cook's helper in the Union Army was plausible and interesting. Her drive to be a soldier was also plausible, and even when she donned men's clothing and enlisted was plausible. Where I really started to dislike the story was when Cathy had to have a love interest--and not only a love interest, but an entirely goofy, quasi-mystical attachment to her commanding officer who was also the guy she saved early in the story....but I'm committing spoilers and you might actually want to read this book. Suffice it say, I found the second half of the book to be frustrating, implausible, and a waste of a good story. 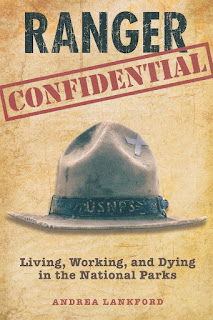 Ranger Confidential: Living, Working, and Dying in the National Parks, by Andrea Lankford - I love National Parks. I love hiking in them, visiting historical sites, enjoying nature, and I love the idea of National Parks - setting aside places that can be protected and where the native flora and fauna are given a chance to live as well. This was an interesting memoir of a former NP ranger - I found the stories she told to be fascinating and a little dispiriting. Any time you peel back the cover of an organization, you will find some less than ideal stuff. There's a reason Landford is no longer working as a NP ranger - it's a stressful job, and so often rangers have to act as police officers, dealing with all sorts of issues that the general public bring to these national treasures. I'm glad I read the book, and it hasn't changed my mind about supporting the NPS as much as I can. Bottom line - when you visit a NP, give the ranger a break -- follow the rules, don't chide them for having a cushy job, and respect the work they do to search and rescue people who need their help.
at Sunday, December 22, 2019