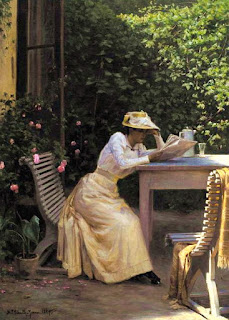 My posting schedule has definitely gotten derailed! I've been reading but not posting much. So, here's a quickie review of my reading life.

The River, by Peter Heller - I really liked this outdoorsy thriller, which pleased me because I  want to like his books, but was disappointed with Celine. Anyway, this is a novel about two college-age best friends on a wilderness canoe trip that goes horribly awry. I tend to like adventure/survival stories and both of the main characters were believable and likable and Heller told their story in clean, elegant prose that was enjoyable to read.

Unsheltered, by Barbara Kingsolver - I tend to read her books when they come out, and I found this one particularly good. It's really two stories in one--a contemporary family is on the edge of poverty and trying to hold their lives together while living in the same house in New Jersey that the family in the second story occupied in the 19th century. In both cases, the house is a liability, falling apart over their heads, metaphorically leaving them unsheltered in an unforgiving, harsh world. Again, I really liked both main characters, Willa of the 21st century and Thatcher of the 19th. I loved the mixture of science and social responsibility, the intersection of politics and daily dilemmas, and the exploration of the issues of freedom, identity, and family ties and obligations.

The Book of Tomorrow, by Cecelia Ahern - a lovely fantasy novel set in Ireland with a very interesting teen narrator. Tamara, who started out annoying me to no end and ended up endearing herself to me. There's a good bit of magical realism with the book being a journal that writes the entries in advance for Tamara, giving her the opportunity to change her future. There's some shades of Harry Potter, with a muggleish aunt and uncle, that coupled with the magical elements make it a pretty fun book.

The Crowded Grave, by Martin Walker - the 4th in Walker's Bruno series, set in the Dordogne region of France. Absolutely wonderful mystery with archaeology (the Lascaux caves are nearby), radical vegans, and separatists Basques along with some WWII references thrown in. I absolutely love to read about Bruno cooking and the whole French semi-rural lifestyle makes these books enormously appealing.

The Taming of the Queen, by Philippa Gregory - I watched The Spanish Princess early in the summer and really enjoyed it, putting me in the mood for some more Tudor escapades. This was a first-person story from about Katherine Parr, the one who survived, and was really pretty good. As usual, Gregory changes up historical fact to suit the story she wants to tell, but it was a fun read...especially knowing the outcome!

Spying on the South: Travels with Frederick Law Olmsted in a Fractured Land, by Tony Horwitz - I was on the waitlist for this book when Horwitz sadly passed away at the end of May, so reading it was really heartbreaking knowing that this was the last book this marvelous writer would ever write. Horwitz basically traveled the same route that Olmsted did while he was a young journalist reporting on the South in the 1850s. It was fascinating to hear about both Olmstead's impressions as well as Horwitz's as they covered the same territory, 150 years apart. I absolutely love books like this, which combine history, geography, social history, politics, and perspective with incredibly good writing. I can only mourn the books Horwitz still had in him when he passed away.

A Shimmer of Hummingbirds, by Steve Burrows - #4 in this author's Birder Murder mystery series. Definitely a keeper--I've been wanting to sample one of these for awhile and so took the first one I could find locally. The detective is a Canadian living in England, and in this one he goes off to Columbia on a birding trip. Another great combination of science, geography, travel all tied up in a murder mystery that was well-paced and fun to read.