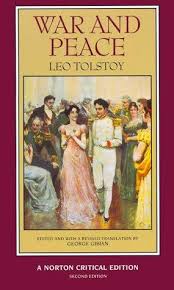 The obvious greatness of this book notwithstanding, what did Tolstoy have against historians?

I just finished this marvelous book, all 15 books plus 2 epilogues, all 1082 pages not counting notes and comments, and despite the wonderful story of Natasha and Pierre, Nicholas and Mary, Prince Andrew, the completely weird Kuragin family, the completely lovable Rostov family, Dolokov and Denisov, and the comet of 1812, Tolstoy choose to end his tome with a diatribe on how “modern” historians are completely wrong with their view of history as a chronicle of how “great men” (notable example being Napoleon) actually have very little or nothing to do with how events actually unfold.

It seems that Tolstoy got completely fed up with the conventional wisdom that Napoleon was a great leader and a military genius and that the Russian winter was the only thing that could defeat him (prior to Waterloo). The result of that rage against Napoleon became War and Peace, in which Tolstoy vindicates the Russian military leadership (at least Kutusov) and shows how the occupation of Moscow by the French was but a momentary setback and not a capitulation of Russia.

Like the vast majority of readers of War and Peace, I much preferred the story part, even the battle scenes, over the philosophical ramblings. There are a vast choice of topics to cover, but what struck me near the end is that Natasha can be seen to represent Tolstoy's view of Russia, she's Mother Russia. I think this can be illustrated by the men in her life.

Note - I am using the names as they were presented/translated in the version I read. It seems that there are lots of variations on the names in various editions and film versions.

The first time we meet the Rostov family is on the occasion of the name day of Natasha and mother--she is young, full of spirit, and irrepressible. She loves life and loves the idea of being in love, and fancies herself in love with Boris Drubetskoy, son of a social climbing, ambitious mother who in turn ruthlessly pursues wealth and social standing. At the beginning of the 19th century (the story begins in 1805), Russian society was undergoing shifts as was most of the rest of European society--Boris and his mother seem to be distantly related to everyone and have to clutch and grab to keep from slipping into oblivion.

The Rostovs are an old titled family with old money that Natasha's father has managed to squander by living beyond his means and being generous to a fault. The Russian aristocracy is on shaky ground.

Next, Natasha captivates and falls in love with Prince Andrew Bolkonski, son and heir of an old tyrant. He is a born leader of men and loves being in the army, but can be cold and unforgiving. Because his father dislikes the match, Natasha and Andrew must wait a year before they can marry, during which time Natasha becomes infatuated with Anatole Kuragin--a worthless pretty boy who is only out to seduce Natasha and doesn't have a ruble to his name. When she learns that he is already married, she tries to commit suicide and spends much of the rest of the novel atoning for her sin of being faithless to Andrew.

When the French invade Russia in 1812, Andrew is mortally wounded, and is reconciled with Natasha, who nurses him until he dies.

Finally, Natasha falls in love with and marries Pierre Bezukov, Andrew's best friend, whose story is too long and complicated to tell here, but Pierre sees in Natasha a purpose for his own life. She becomes his guiding light and together they form a union that is fruitful, positive, and joyful.

Natasha evolves from lively and spirited to self-destructive to repentant to motherly. Married to Pierre, she finds her real identity as a mother, nursing her babies when a woman of her station in life at the time would never do this. The narrator says that "she lets herself go," meaning that she no longer cares about fashion and beauty and fun for herself. She is finally content with her role as mother and in her relationship with Pierre.

Through Natasha's story, Tolstoy tells the story of the Russia that he loves--Russia as exuberant but naive; Russia enthralled by the French and lulled into thinking they could be French, sacrificing their country and heritage for a culture they deem more civilized than their own; Russia committed to fighting and glorifying their army; Russia abandoning Moscow but never surrendering; Russia embracing itself and nurturing its people and their own vigor and life force.
at Sunday, April 14, 2019