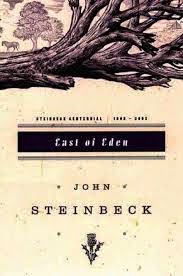 "It has everything in it I have been able to learn about my craft or profession in all these years."
"I think everything else I have written has been, in a sense, practice for this."
- John Steinbeck, about East of Eden


East of Eden was published in 1952--thirteen years after The Grapes of Wrath and fifteen years after Of Mice and Men.  I find that significant because I tend to think of these three books as coming from the same time period, but the quotes above position it as a more mature work, at least from the author's perspective and I have to respect his assessment of his own work and what he was trying to do with it.

I read East of Eden in high school and really enjoyed it--much easier and more interesting than The Grapes of Wrath when I was 15--but hadn't done a reread until last month.  It was interesting what I remembered and what I didn't.

For example, I completely remembered everything about the Trask story line.  At the most basic level, East of Eden is the story of two families in the Salinas valley in California, late 1800's/early 1900's--the Trasks and the Hamiltons.   Samuel Hamilton is Steinbeck's own maternal grandfather who emigrated from Ireland, married a dour woman, sired a flock of children, one of whom is Steinbeck's mother, Olive. The Trask family chronicles begin in Connecticut and theirs is the family that keeps on re-enacting the Biblical Cain and Abel story--Steinbeck helps the reader along by naming his Cain characters with names that begin with C and his Abel characters with names that begin with A.  If you remember nothing else about East of Eden, most readers will remember this..and the forehead scars (ala Harry Potter) that the Cain characters tend to acquire.

So, I remember the Trask family story pretty well.  There's the patriarch, Cyrus--a lying, cheating Civil War veteran who plays favorites among his two sons--lavishing love on his older son, Adam, despite forcing him into the Army, and slighting his younger, troubled son, Charles.  Adam and Charles grapple with brotherhood for years before Adam heads to California with his wife, the infamous Cathy, probably one of the most amoral creatures in literature.  Steinbeck occasionally refers to her as a monster and it is fascinating to watch him create this cold-blooded killer.  I remembered so much about her story from my high-school reading--definitely a memorable character.

After Adam and Cathy get to Salinas and meet Sam Hamilton the stories of the two families intersect and intertwine as Steinbeck pretty much tells the story of the Salinas valley.  Cathy leaves Adam after giving birth to twins--Caleb and Aron--who continue to thrash out the Cain and Abel story, but with the moderating hand of Lee, their Chinese-American housekeeper.  I'm ashamed to say that I do not remember Lee at all from my high-school reading and he is just about my favorite character in the entire book.  He and Sam Hamilton together make the book sing for me.

If East of Eden were only the story of the Trask family it would be formulaic, pedantic, and joyless, but Lee and Sam give it meaning.  It is Lee, the immigrant who tries to assimilate but cannot because mainstream American society cannot see beyond his racial appearance, who provides Adam and Cal with the mental construct of free will.  Caught in a vicious cycle of history repeating itself, Lee leads the Trask family out of the wilderness.  Lee is balance, moderation, compassion, logic, and heart.

I also didn't remember Sam Hamilton at all from my first reading, but what a wonderful, colorful. wise character.  I figured Steinbeck cast Sam as the Biblical Samuel--the prophet, the judge, the leader--makes sense to me.  And then, just to keep the Biblical references flowing, Sam's youngest son is Joe, who is his favorite (an allusion, I'm sure to the guy with the Amazing Technicolor Dreamcoat).  I even wondered whether Lee was to represent Asian-based religion--he does go to Chinese elders in San Francisco who study Confucius for help at several points.  And then, Cyrus struck me as one of the Titans, who were overthrown by the Greek gods...but perhaps I'm getting carried away.

East of Eden is an incredibly good book.  I enjoyed the pastoral descriptions of the land of Steinbeck (which I'm visiting in two weeks!), the history of the region (Lee's story of his parents' American experience was heartbreaking), the good vs. evil/nature vs. nurture/free will theme, and the marvelous prose by one of American's finest writers. 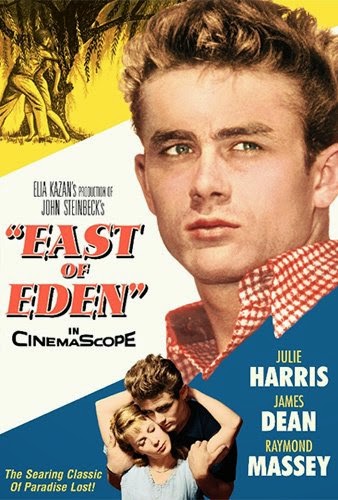 There's a 1955 film that stars James Dean as Cal Trask and Julie Harris as Abra, but it really only focuses on the Trask family in the second half of the book...at least according to Wikipedia.  I might watch it someday just to see Dean and Harris in these iconic roles. 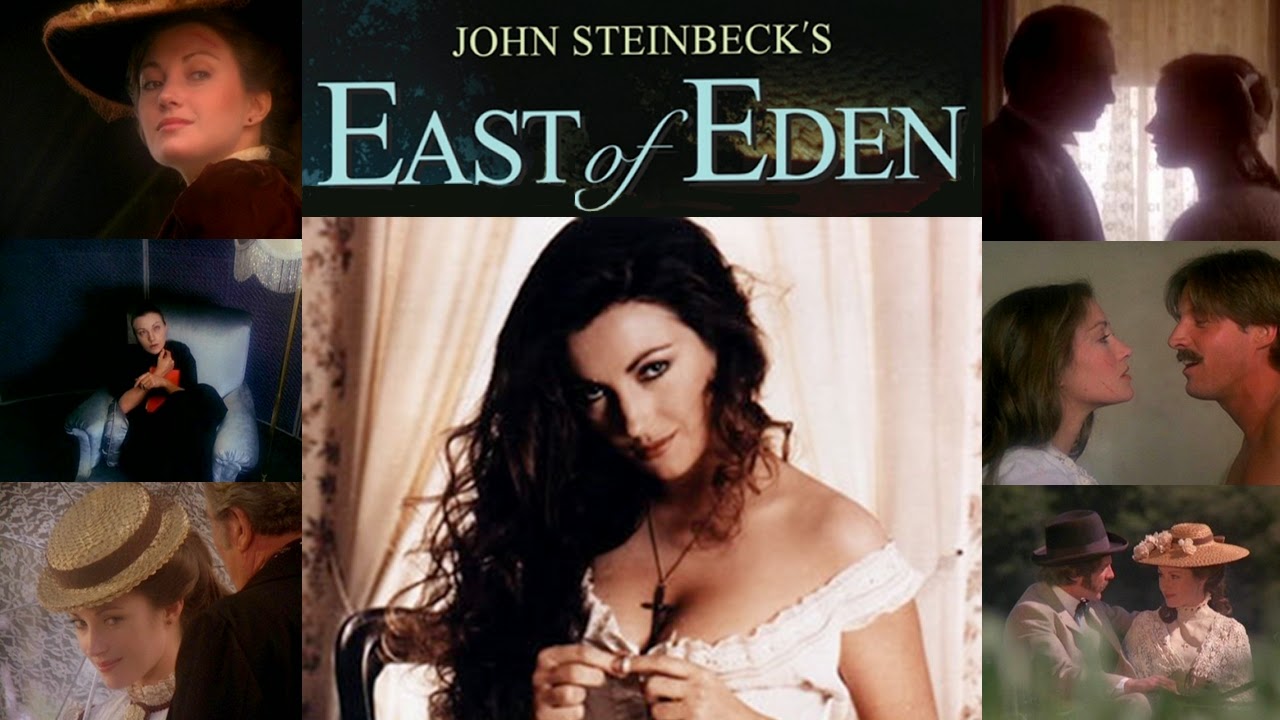 There's a 1981 mini-series with Jane Seymour as Cathy/Kate that looks pretty good, but is sure to be dated. 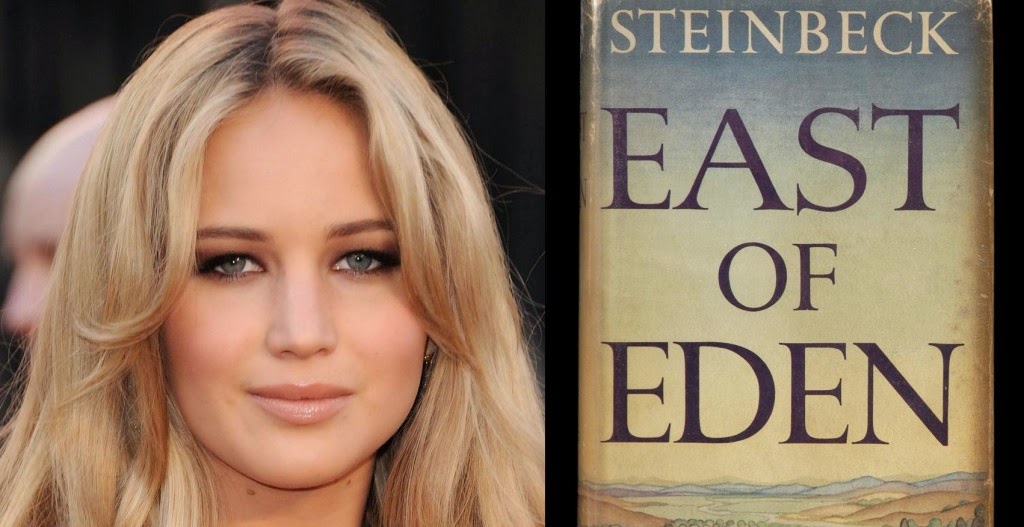 And I found some buzz about a new two-movie version starring Jennifer Lawrence as Cathy/Kate.  She would be amazing in the role.

With a movie or two coming out based on the book, I'll be happy to see East of Eden back on everyone's must-read list!

I almost forgot!  East of Eden is part of my Back to the Classics challenge, for the category Classic Adapted into Movie or TV Series. 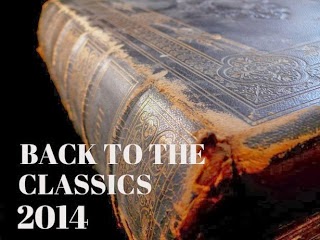 It also counts in my Historical Fiction Reading Challenge -- it was published in 1952 but the story takes us through the end of World War I. 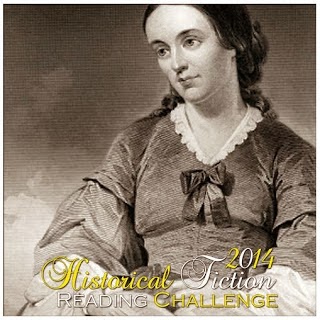