Posted by JaneGS
This past weekend we joined hundreds of fellow birders and drove out to Kearney, Nebraska to watch hundreds of thousands of sandhill cranes rest up midway in their annual migration up to their nesting grounds in Canada.  It's estimated that 80% of the world's population of sandhill cranes pass through the Kearney area every spring during a six-week period.

It was a wonderful, smile-filled, awe-inspiring trip and well worth the mere 5.5 hours it took to get there from our home in Colorado. 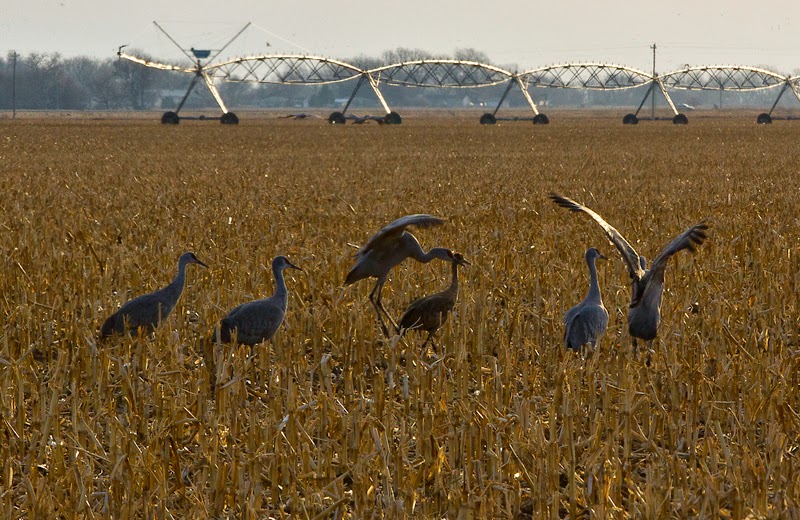 During the day, the cranes fill up and clean up corn fields not yet plowed for planting.  You can see them feeling frisky as they dance in the spring sun-- crane dancing includes wing flapping, bowing, jumps and simply playing around.  Dancing is part of the mating ritual (see Jane Austen for details!), but I think the actual mating is delayed until the birds reach their nesting grounds.  This is just the warm up.

As you drive around the area, the fields surrounding the river are filled with cranes as are the skies as they move around looking for the best fields. 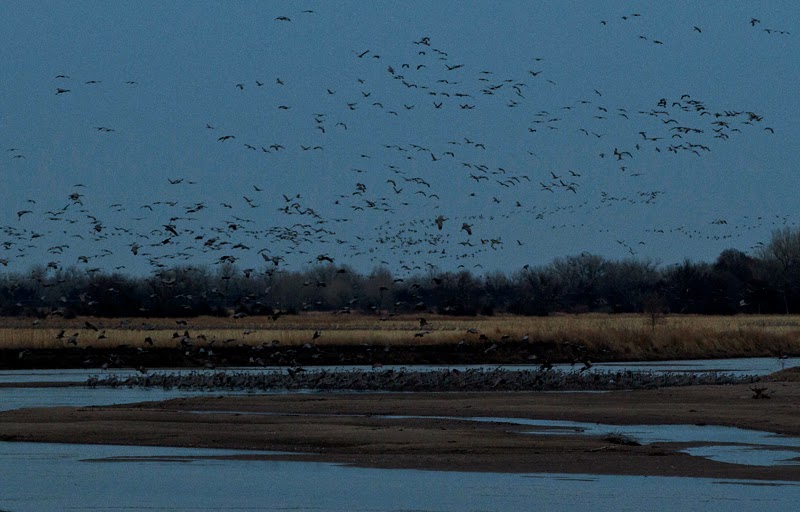 We watched from a bridge across the Platte River as the cranes settled in for the night. Many huddled together (ala March of the Penguins) on the river's islands and even in the water, which is very shallow.  I heard someone describe the Platte as "a mile wide and a foot deep"--not quite, but the water didn't reach the birds' knees.  The naturalist at the Rowe Sanctuary said that cranes like to sleep in the river because that way they can hear predators, like coyotes, splashing as they approach their prey. 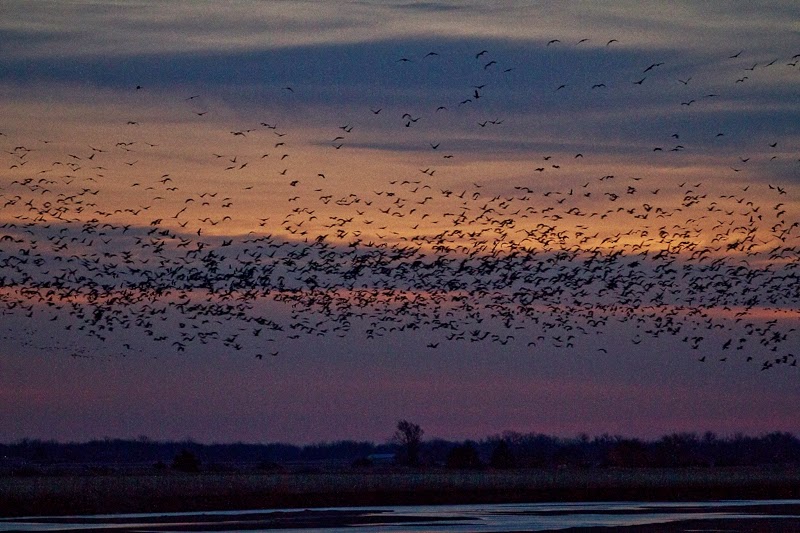 We got to the bridge about 6:30 pm, set up our camera and spotting scope, and then enjoyed watching other water fowl as we waited for sunset.  I was surprised that the birds really didn't settle in until it was just about dark.  It was so cool to see and hear a distant flock rise up from a corn field, swarm around for a bit, and then settle down into the river for the night.

Whooping cranes, which is an endangered species, occasionally are spotted in amongst the sandhill cranes.  We were lucky enough to be standing next to some very experienced birders who were able to pick out a white crane amongst the thousands of gray ones, and we found it in our spotting scope and watched it as it was jostled and generally made to feel unwelcome until it finally flew away to find a more tolerant group to huddle with.

The next morning, at first light, the birds started taking off.  We were back on the bridge in the dark by 6 am--it was less crowded than the night before--but still a fair number of people out to witness one of nature's great events. As we walked the half mile from the parking lot to the bridge, you could hear the soft murmurings of the cranes as they rested in the river, gearing up for the day's work of eating enough to make the rest of the journey north. 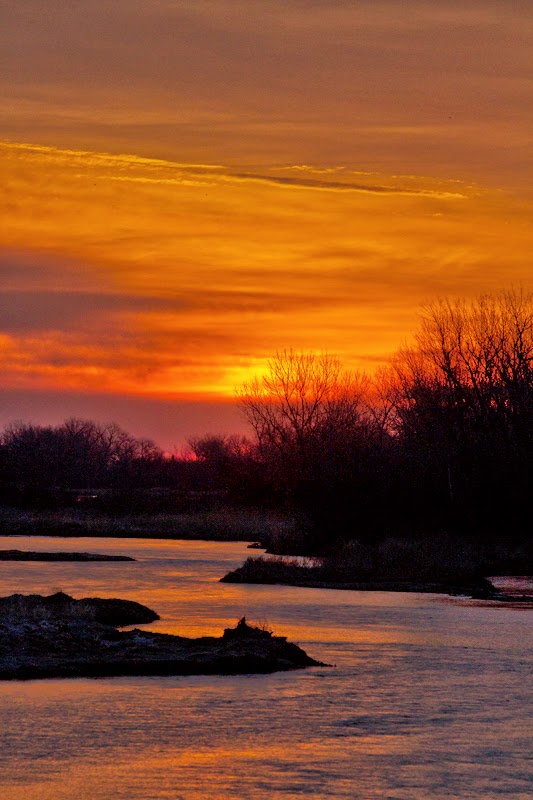 By the time it was this light, all the birds had left the part of the river that we could see from the bridge. 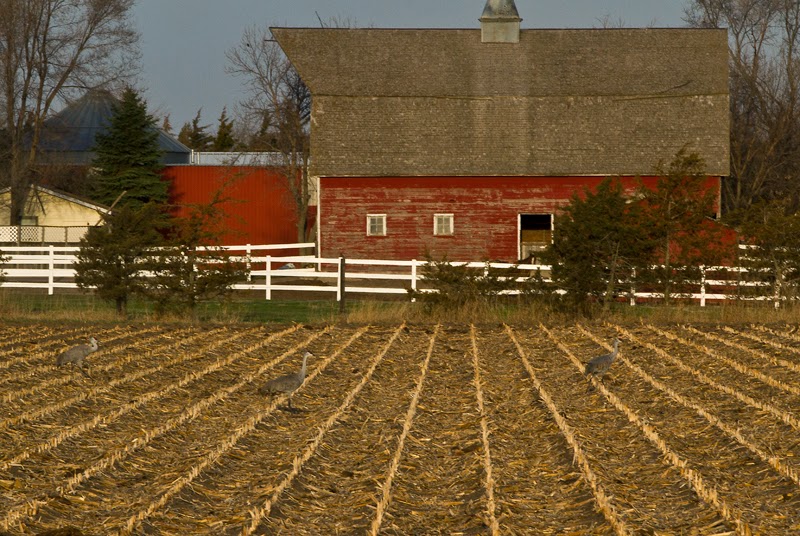 And by the time we were headed back into town for breakfast before the drive back to Colorado, the cranes were already hard at work in the fields around Kearney and the Platte River.

For more information:
National Wildlife Foundation article on Sandhill Cranes
Rowe Sanctuary - they also have a Crane Cam, which is available if you can't make the trip to Kearney
Nature Conservancy blog post - really great tips on how to make the most of your trip to Kearney

I absolutely loved going to see the cranes resting during their spring migration, and I can imagine making my own annual migration to Kearney to witness theirs.
at Monday, March 31, 2014