Welcome to Reading, Writing, Working, Playing on this, the 200th anniversary of Elizabeth Gaskell's birth.

Naxos AudioBooks has graciously offered an unabridged copy of North and South as a giveaway. Shipment to US and Canada or international download. Anyone leaving a comment on any of the Elizabeth Gaskell Bicentenary Blog Tour posts will qualify for the giveaway. Contest will run one week September 29 – October 7 to midnight Pacific time. Winner announced on October 8 on all of our blogs.


I discovered the classics early in life and by the time I entered college I had already read all of Austen, as well as Jane Eyre, Wuthering Heights, David Copperfield, Tess of the D’Ubervilles, and a host of other Victorian novels. By the time I graduated from college with a B.A. in English in 1980, I had still not been introduced to the works of Elizabeth Gaskell. I did, however, own a copy of her work, The Life of Charlotte Bronte, that I had picked up at a used bookstore because I liked the Brontes and not because I knew anything about Gaskell. I carted it around with me for decades before finally reading it two years ago when I was reading Gaskell front-to-back. 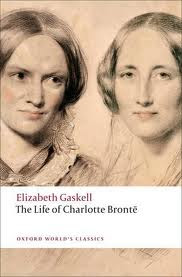 These days, Gaskell is experiencing a revival, due in large part to the relatively recent and exquisite adaptations of her two strongest novels, North and South and Wives and Daughters. One hundred and fifty years ago, Gaskell was a well-known novelist but her biography of her friend Charlotte Bronte, who died in 1855, gave her a notoriety that transcended her reputation as a novelist and established the foundations of what quickly became the conventional view of the Bronte family.

The Life of Charlotte Bronte was Gaskell’s only work in which her name appeared on its first publication. Like all of Gaskell’s works, it was a book that was born out of deep emotion and a conviction that she was obliged to use her talents to tell this particular story, but it caused her years of heartache and aggravation and added immeasurably to a work load that was at times crushing and could well have shortened her own life.

Gaskell met Charlotte at the summer residence of a mutual friend, Sir James Kay-Shuttleworth in the Lake District in 1850. They became friends, exchanging letters and occasionally visiting each other's homes. Shortly after Charlotte's death, Gaskell expressed an interest in writing down all that she could remember of her friend with the idea of someday writing a biography of her. Patrick Bronte, Charlotte's father, dismayed by several blatantly erroneous stories that were published after Charlotte’s death, asked Gaskell to be his daughter's official biographer and in return he and Charlotte’s husband, Arthur Bell Nicholls, would cooperate fully and provide her with letters and access to Charlotte’s friends and neighbors.

In typical fashion, Gaskell flung herself into her new project, and was not content with providing the “brief account of her life” and “to make some remark on her works” that Patrick Bronte had requested. Instead, Gaskell did a tremendous amount of research to supplement her personal knowledge of Charlotte and her family and history. She obtained permission to read and provide extracts from over 350 letters that Charlotte exchanged with her closest friend, Ellen Nussey, and also sought access to letters to/from Charlotte and her family members, other close friends, and publishers and literary friends including G.H. Lewes and Thackeray. She visited virtually each place that Charlotte visited or lived, including the Cowan Bridge School site, the Roe Head School, the Pensionnat Heger in Brussels, the Chapter Coffee House in London, and, of course, Haworth and Keighley. She interviewed Charlotte's friends, neighbors, servants, father, and husband, and was allowed to read The Professor, which was still unpublished at the time of Charlotte’s death.

Much of the narrative is Gaskell setting up an excerpt, some very lengthy, from a letter. Gaskell said that she wanted Charlotte to tell her own story in her own words, and while she achieved this, there is no doubt that Gaskell manipulated her material to portray a particular image of Charlotte.

Modern scholars are quick to characterize Gaskell's biography as biased, incomplete, and based on gossip and hearsay. I can't argue with this, but this makes the work no less important in my eyes.

I love The Life of Charlotte Bronte for what it tells me about both Charlotte Bronte and Elizabeth Gaskell. When you remember that this work was written by a friend, it takes on a very precious hue. Gaskell visited Haworth and saw Charlotte and how she lived with her father, coached her through the social dilemmas and situations that Charlotte dreaded, counseled her on whether or not to accept Nicholls’ proposal of marriage, discussed the social and moral obligations of a novelist, and listened to her stories of her brother and sisters and their lives together. She walked the moors with Charlotte, and saw her world in her company. While Gaskell did present a distorted or at least an incomplete picture of Charlotte, I cannot forget that this is how her father, her husband, her friends, and Charlotte herself wanted her to be seen.

Charlotte’s friend, Mary Taylor, in writing to Gaskell after the first edition came out, declared the biography “a perfect success.” Patrick Bronte was more precise in his praise:


The work is now done, and done rightly, as I wished it to be…there are a few trifling mistakes, which should it be deemed necessary, may be corrected in the second edition.

Elizabeth Gaskell was a Victorian lady who wrote a memorial to a friend. There is no doubt that she uncovered information about Charlotte (e.g., her unrequited passion for her married tutor, M. Constantin Heger, during her time in Brussels) that she chose not to include in her story because it would introduce a facet of Charlotte that was inconsistent with the way she wanted to portray Charlotte. But there is also no doubt that she felt that it would be unfair to both Charlotte and Arthur Bell Nicholls to do so.

There is an irony in that both Charlotte and Gaskell worked hard to tell "the truth" in their fiction; they both strove for a realism that earned them the scorn of many contemporary critics; and yet in creating what she saw as a true portrait of her friend, she chose to suppress a major aspect of her life.

After the publication of the first edition, Gaskell went to Rome to rest but was overwhelmed on her return home by impending lawsuits for libel. Those threatening suit included the woman Gaskell said had seduced Charlotte’s brother Branwell while he was employed as a tutor in her home, the family of the man who had run the Cowan Bridge school that served as a model for Lowood in Jane Eyre, the man who had tried to pass off copies of the other Bronte sisters’ novels as being by the author of Jane Eyre, and a “vituperative” reviewer of Jane Eyre whom Gaskell scolds without mercy. Gaskell was forced to do massive editing on two more editions of the biography before all of the lawsuits were dropped. With the hindsight of 150 years of scholarly research, it’s not clear that Gaskell was incorrect in anything except the judgment to include such damning information about still living people.

I had a completely enjoyable time rereading Gaskell’s The Life of Charlotte Bronte in preparation for this commemorative post. My used-bookstore copy from thirty years ago is earmarked front to back with wonderful passages that I would love to share with you, but this post is already way too long so I’ll have to limit myself to just one, near the end of the biography, after Charlotte married Arthur Bell Nicholls:


Henceforward the sacred doors of home are closed upon her married life. We, her loving friends, standing outside, caught occasional glimpses of brightness, and pleasant peaceful murmurs of sound, telling of the gladness within; and we looked at each other, and gently said, "After a hard and long struggle - after many cares and many bitter sorrows - she is tasting happiness now!" We thought of the slight astringencies of her character, and how they would turn to full ripe sweetness in that calm sunshine of domestic peace. We remembered her trials, and were glad in the idea that God had seen fit to wipe away the tears from her eyes. Those who saw her, saw an outward change in her look, telling of inward things. And we thought, and we hoped, and we prophesied, in our great love and reverence.

But God's ways are not as our ways!

Gaskell said that she set out to tell the story of the woman, Charlotte Bronte—“the friend, the daughter, the sister, the wife…” who happened to also be a novelist of great genius. In this she succeeded magnificently. As surely as Margaret Hale or Molly Gibson, Charlotte Bronte emerges from Gaskell’s pen as a Victorian heroine of the first water, rising above her human frailties and the slings and arrows of outrageous fortune to exercise her talents and to do her moral and spiritual duty to her family, herself, and her God.

Gaskell’s loving and reverent portrait of her friend created an image of mythic proportions that has permeated the psyche of western culture and in so doing she has ensured her own place among the pantheon of Victorian heroines.

The Brontes of Haworth was a BBC three-part series produced in the 1970s, and starring Vickery Turner as Charlotte Bronte. The screen play is by Christopher Fry, and it's clear that he based it on Gaskell's bio as Barbara Leigh-Hunt plays Elizabeth Gaskell, who provides voice-over narration.

I blogged on it extensively when I first watched it, and you can find a post on episode 1 here, episode 2 here, and episode 3 here. 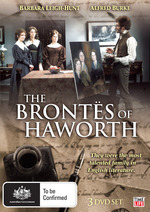 In rewatching the series after just completing the bio, I have to say that I really think it one of the most faithful adaptations ever. There are very few scenes in the adaptation that aren't in the book, and vice versa. I think Vickery Turner made a superb Charlotte; Rosemary McHale was stunning as dour but passionate Emily; and Ann Penfold was perfect as sweet Anne. I'm convinced that it was shot on location--the interior of Haworth Parsonage was just as I saw it in 2009, and the paths around Haworth all seem perfect. The series is absolutely faithful to the portrait of Charlotte that Gaskell painted.

If you scroll down and look at my post labels on the left, you'll see that I've written more about Gaskell than any other single subject.

If you're new to Gaskell, may I recommend my post Reading Gaskell for the First Time?

Another favorite Gaskell post is Top Ten Things to Know About Elizabeth Gaskell.

And yet another favorite series is my comparison of North and South with Pride and Prejudice. I posted on the similarities of plot lines here; the background on Gaskell and her reputation pre-N&S here; similarities of language and characterization here; and some thoughts on why Gaskell might have turned to Austen and P&P for a model and inspiration here. The final post on the topic addresses who might have put this idea to turn to Austen into Gaskell's head.

Next up on the Elizabeth Gaskell Bicentenary Blog Tour

Thank you all, dear readers, for stopping by. Enjoy the tour.

And here's to you, Elizabeth Gaskell! Your memory and your stories live on and brighten our world. 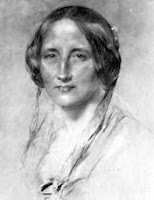 "I know you despise me; allow me to say, it is because you don't understand me." Elizabeth Gaskell, North and South