The Daughter of Time

For years people have been recommending Josephine Tey’s The Daughter of Time, and this summer I finally made it a priority to read it. What took me so long? It clocks in at just 205 pages, and is easy to read and utterly fascinating. Published in 1951, the premise would even be novel today.

Alan Grant of Scotland Yard is recuperating in the hospital following a nasty mishap on a case and is bored out of his skull. A friend, who knows that Alan prides himself on being an excellent judge of faces, brings him a collection of famous portraits to while away the hours. One of the portraits, unbeknownst to Alan, is of Richard III, one of history’s most infamous villains. Alan sees suffering, nobility and compassion in the face and is astounded to discover that the picture is of Crookedbacked Richard, the murderer of his nephews, the “Princes in the Tower,” and usurper of their throne. 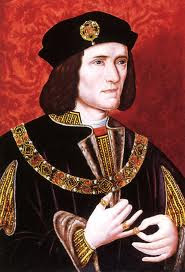 Alan then starts reading up on RIII, beginning with children’s history books, advancing to other fictional and non-fictional accounts, and finally enlisting the aid of a student who follows up leads and tracks down original source material. What Alan and his accomplice, Brent Carradine, uncover is that Henry Tudor, aka Henry VII, is the real villain of the story, basically doing all the dastardly deeds and then creating the propaganda machine to blame them on RIII.

Back in the dark ages of my college years, I did a paper on RIII in which I explored the evidence against him, and came to pretty much the same conclusion that Alan Grant did. Josephine Tey, however, picked an absolutely perfect way to present her exoneration of RIII. I loved the murder mystery aspect of The Daughter of Time, with Grant applying 1950’s Scotland Yard detective techniques to a 500 year old mystery.

While the key element of danger to the detective was missing from this murder mystery, I found the book absolutely satisfying. I liked Alan Grant’s character as it unfolded; I loved reading about how HVII hoodwinked historians in both his own time and for centuries later; and I liked the theme of how resistant society is to rejecting age old “facts” even when they are thoroughly refuted. I also really enjoyed the novel within a novel angle (i.e., Brent Carradine, Grant’s researcher at the British Museum, decided to write a novel about what he and Grant discovered about RIII and HVII).

Here’s what Carradine says about the book he wants to write:

“I want to write it the way it happened. You know; about my coming to see you, and our starting the Richard thing quite casually and not knowing what we were getting into, and how we stuck to things that actually happened and not what someone reported afterwards about it, and how we looked for the break in the normal pattern that would indicate where the mischief was, like bubbles coming up from a diver way below, and that sort of thing.”

Tey’s dialogue between the two men was a terrific way to present the evidence in the case because it required that the evidence be delivered in understandable, persuasive language rather than academic jargon. I think this would be an excellent book to introduce middle school and high school kids to the War of the Roses in general, and RIII and the Tudors in particular.

Now I have to Google and see whether Rose of Raby, the novel Grant reads about RIII’s mother, Cecily Nevill, is a real book…may have to read it if it is. I have also been wanting to read The Sunne in Splendour (a sympathetic look at RIII in novel form by Sharon Kay Penman) for years now, and I consider The Daughter of Time to be a warm up exercise for it.
at Monday, September 06, 2010