April was a particularly good month, bookwise. Here's what made me happy in April (in addition to the dull brown of a Colorado winter starting to green up and warm up!). 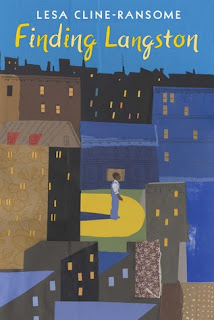 Finding Langston, by Lesa Cline-Ransome - I loved Langtson Hughes's first autobiography, The Big Sea, so when I was browsing the audio section of the library and found this little gem, I knew I had to check it out. It is a short book--a quick listen that I flew through in just a couple of days--but the characters are memorable and their story poignant. Here's the blurb on GoodReads:

When 11-year-old Langston's mother dies in 1946, he and his father leave rural Alabama for Chicago's brown belt as a part of what came to be known as the Great Migration. It's lonely in the small apartment with just the two of them, and at school Langston is bullied. But his new home has one fantastic thing. Unlike the whites-only library in Alabama, the local public library welcomes everyone. There, hiding out after school, Langston discovers another Langston, a poet whom he learns inspired his mother enough to name her only son after him.

As much as anything, this book is about the power of literature to transport, enrich, transform, comfort, and ennoble us. For many people, poetry can be daunting, but hearing Hughes's poems through the mind of a lonely 11-year old boy made them so accessible and vibrant. That said, I don't want to minimize the bones of the story--the struggles of the African Americans who participated in the Great Migration and fled the Jim Crow South for the mean streets of Chicago. Leaving home, even when home is oppressive, is hard. Great book. 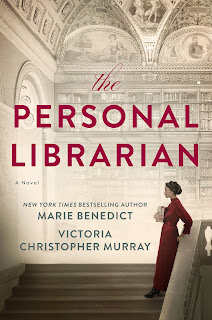 The Personal Librarian, by Marie Benedict and Victoria Christopher Murray - OMG, what a fantastic book. Again, here is the GoodRead blurb (can you tell that I hate to write synopses when I can lift one that sings!).

In her twenties, Belle da Costa Greene is hired by J. P. Morgan to curate a collection of rare manuscripts, books, and artwork for his newly built Pierpont Morgan Library. Belle becomes a fixture on the New York society scene and one of the most powerful people in the art and book world, known for her impeccable taste and shrewd negotiating for critical works as she helps build a world-class collection.But Belle has a secret, one she must protect at all costs. She was born not Belle da Costa Greene but Belle Marion Greener. She is the daughter of Richard Greener, the first Black graduate of Harvard and a well-known advocate for equality. Belle's complexion isn't dark because of her alleged Portuguese heritage that lets her pass as white—her complexion is dark because she is African American.The Personal Librarian tells the story of an extraordinary woman, famous for her intellect, style, and wit, and shares the lengths to which she must go—for the protection of her family and her legacy—to preserve her carefully crafted white identity in the racist world in which she lives.

What do I love about this book? Let me count the ways. First, I love the Morgan Library--one of my favorite places to visit in NYC, and I've been there at least three times. So, it was a no-brainer to read this book--I'm not a particular fan of Robber Barons, but I do find J.P. Morgan interesting because he used some of his millions to procure the art and manuscripts that he loved. The fact that a financier can love art for its own sake redeems him...a bit.

Next, the whole phenomenon of "passing" is something I never even thought about until fairly recently. Of the several books I have read on the subject (Passing by Nella Larsen and The Vanishing Half by Brit Bennet), I think this is the best because it is grounded in historical fact. I'm not saying I didn't really like both of the other books, but Belle da Costa Greene really lived a double life, really made the hard choices, really struggled with identity, really had to reconcile her ambition and need to lead a full, rich life against the backdrop of overwhelming and debilitating racial prejudice.

Then, there is the art and manuscripts--I loved learning about the art world of the early 20th century--Belle is nothing if not totally masterful in how she infiltrates the world and procures the pieces that she and J.P. love to distraction.

Finally, there is the whole gilded age and pre-WWI fashion, parties, and high society. What a great book! 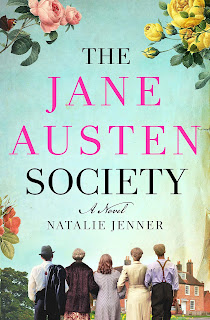 One hundred and fifty years ago, Chawton was the final home of Jane Austen, one of England's finest novelists. Now it's home to a few distant relatives and their diminishing estate. With the last bit of Austen's legacy threatened, a group of disparate individuals come together to preserve both Jane Austen's home and her legacy. These people—a laborer, a young widow, the local doctor, and a movie star, among others—could not be more different and yet they are united in their love for the works and words of Austen. As each of them endures their own quiet struggle with loss and trauma, some from the recent war, others from more distant tragedies, they rally together to create the Jane Austen Society.

The first thing to know is that the novel is not based on the actual facts or people involved in the creation of the real Jane Austen Society in the UK. It is completely a product of Jenner's imagination, as is the letter that one of the characters finds in a book in which Austen provides tantalizing details about one of her reputed love affairs. Remember, this is all fiction! It was a fun read. Somewhat lightweight compared to my other April books, but still fun. And it will be fun to discuss with other JASNA bookclubbers in a mid-May, Can I recommend it? Why not? We all need some fun and what-ifs from time to time.

Best wishes for a stellar reading month in May.